The blog for design law, in Europe and worldwide. This weblog is written by a team of design experts and fans. To contribute, or join us, or for any other reason, email class99@marques.org.


Franz Gernhardt and Sascha Pres of the MARQUES Copyright Team take a ride (on a bicycle) through the CJEU’s evolving case law on the scope of IP protection and technical function.

The CJEU is continuing to develop its case law concerning the scope of protection of IP rights and questions of the technical nature of product designs. This question was already answered by the CJEU in respect of trade marks (Case C-48/09 – Lego brick) 10 years ago and more recently in respect of design law (Case C-395/16 DOCERAM). Now the Court of Justice deals with copyright law. 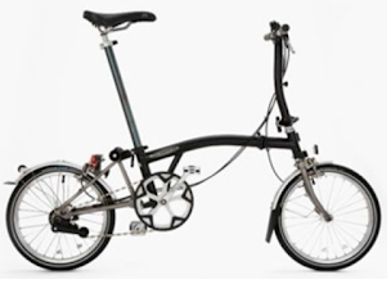 The dispute was based on a dispute between two bicycle manufacturers before the Belgian courts. The original manufacturer Brompton, whose patent rights on the folding bike had expired, initiated legal actions against a Korean manufacturer of a folding bike. Brompton’s bike is pictured on the right and the Korean bike below right.

The national court in Liège referred to the CJEU two questions: (i) whether works whose shape is necessary to obtain a technical result are excluded from copyright protection and (ii) what criteria must be taken into account when 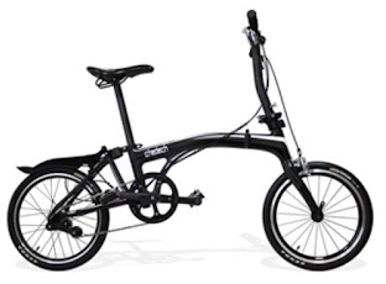 assessing whether a shape is necessary to obtain a technical result. Since 6 February 2020, the opinion of Advocate General Campos Sánchez-Bordona has been available, in which he argues for a cautious balance between design, trade mark and copyright law.

Not surprisingly, the Advocate General takes the view that works of applied art whose form is dictated by their function cannot be protected by copyright.

However, in the case of mixed forms, where functional and artistic features are combined, protection should only be excluded if the functional elements take precedence over the artistic elements to the extent that the latter are irrelevant. Whether other shapes are also conceivable in order to achieve the technical result is irrelevant to that question.

In his Opinion, the Advocate General clearly argues in favour of applying to copyright the principles already established and known in the field of Community design (DOCERAM) and trade mark law (Lego brick).

Assessment criteria for the technical conditionality in copyright

If the work had previously been patented, the Advocate General considers that this indicates that the inventor probably assumed that the patented shape was suitable for achieving the desired functionality.

The existence of other possible forms with which the same result can be achieved are not relevant for the assessment of the case. Here the Advocate General refers to the opinion of Advocate General Saugmandsgaard Øe in DOCERAM. At the same time, however, he makes it clear that in the case of works of applied art, the integration of formal and functional features should be analysed in detail to clarify whether the appearance of these works is not entirely determined by technical specifications.

The will of the infringer should not be considered in assessing whether an infringement has occurred. Instead, the question of the assessment of the relationship between form and functionality should be based on the original intention of the designer. It should depend on whether the latter was aiming at an intellectual creation or only wanted to protect an idea applicable to the manufacture of a product.

Again, the previous patent protection, or even the application for a patent, can become relevant again. According to the Advocate General, the fact that an industrial application has been made and that a commercial benefit has been obtained from the invention should provide essential indications of the subjective image of the creator. According to the Advocate General, whether the design was later recognised or exhibited in museums is irrelevant.

As always, it remains to be seen whether the CJEU agrees with the opinion of the Advocate General. If so, more attention will have to be paid in future to ensuring that copyright is not misused to protect technical features which are not (or no longer) protected by a patent due to the absence or expiry of the patent.

However, the Advocate General’s view as expressed above does not render rightsholders defenceless. Rather, it concludes by expressly stating that in cases where protection under trade mark, design or copyright law is excluded, recourse to other provisions to target imitations may be considered.

Franz Gernhardt is senior counsel with Bird & Bird in Germany and Chair of the MARQUES Copyright Team and Sascha Pres is a Partner of SKW Schwarz Rechtsanwälte and a member of the Team. Tobias Vossberg, Associate in the Berlin office of SKW Schwarz, also contributed to this article